(Summary description)In the communiqué of the Fifth Plenary Session of the 18th Central Committee, the construction of “healthy China” has risen to a national strategy. According to industry analysts, as the industrial chain of the medical and health industry is

(Summary description)In the communiqué of the Fifth Plenary Session of the 18th Central Committee, the construction of “healthy China” has risen to a national strategy. According to industry analysts, as the industrial chain of the medical and health industry is

A "healthy China" trend is blowing the land of China.

In the communiqué of the Fifth Plenary Session of the 18th Central Committee, the construction of “healthy China” has risen to a national strategy. According to industry analysts, as the industrial chain of the medical and health industry is extremely extensive, the domestic “healthy China” strategy will open a market of 10 trillion yuan, and the domestic medical industry will become a new growth point for stimulating the economy, from the “13th Five-Year Plan”. According to the planning recommendations, medical informatization, high-end medical devices and bio-pharmaceuticals have been identified as key breakthrough areas. Telemedicine information systems and regional medical information platforms can effectively improve the difficulty of patients' treatment and long time. The market gap is huge, the Internet and the Internet The marriage of the medical industry will drive the rapid development of the industry .

However, some experts said that if we want to enjoy this huge cake, we still need to go more. At this stage, there is still a big gap between the industrial chain integration of China's medical industry and other developed countries. Most of the market share of high-end medical devices is still monopolized by foreign companies. The need to enhance technology and transform and upgrade is very urgent. In addition, although Internet medical treatment will accelerate the development of the medical industry, at the same time, the problems arising from it will also need to be constrained by corresponding laws.

The “Healthy China” proposed in the “13th Five-Year Plan” is eye-catching. The "Proposal" proposes to establish a basic medical and health system covering the urban and rural areas and a modern hospital management system, comprehensively promote the comprehensive reform of public hospitals, improve the basic medical service model, and promote the flow of medical resources to the grassroots and rural areas. Encourage social forces to set up a health service industry and promote the same treatment for non-profit private hospitals and public hospitals. We will improve the basic drug system, improve the drug supply security mechanism, rationalize drug prices, increase the free supply of special drugs such as AIDS prevention, and reduce the medical expenses for chronic diseases caused by major diseases.

According to relevant statistics, in 2014, the total number of people in the country reached 7.8 billion, an increase of 6.6% over the previous year. The number of hospital admissions was 205 million, an increase of 6.69% over the previous year. Since 2000, the number of domestic consultations has been growing. At present, due to the aging population, mental stress and medical insurance, China's medical service industry is in short supply. In order to meet the growing demand of the industry, it is necessary to increase investment in the medical service industry. The overall growth of the industry is huge.

"The concept of 'healthy China' is the basic condition for the people to realize the Chinese dream. If the relevant recommendations are in place, it will help to improve a series of problems in China's current medical treatment." Internet Senior Analyst, China Internet Integrity Gao Zelong, deputy secretary-general of the association, told reporters in an interview with the reporter of China Sankei Shimbun.

Jin Weigang, director of the Social Security Research Institute of the Ministry of Human Resources and Social Security, said in an interview with the media that the idea of ​​building a "healthy China" is in line with international development trends and is a higher-level goal. At present, the overall health level of Chinese residents is lower than the international average. Medical reform is not only to solve the problem of “difficulty in seeing a doctor and expensive to see a doctor” (72.70, 0.14, 0.19%), but also involves disease prevention, rehabilitation, and residents' health awareness.

Gao Zelong said that China has gradually entered the aging society since 1999, and with the improvement of people's living standards, issues such as health and old-age care are gradually being valued by people. In the context of “healthy China”, the related industries and the extension of related industrial chains are expected to enter a period of vigorous development and become an important economic growth point in the future.

Some people said that the "healthy China" strategy will not only promote the rise of pharmaceutical and medical device production and research enterprises, medical services, health insurance, pension industry and Internet medical care, but also involve environmental protection, food safety, etc. The areas of healthy living are closely related to new market opportunities.

However, we still need to see that in terms of technology research and development, China is still relatively lagging behind developed countries. In the future, the country should increase its efforts to support independent research and development of emerging strategic pillar industries such as pharmaceuticals, medical consumables, medical devices and large-scale medical instruments, and give preferential policies to the market while not affecting normal market competition, making China's health, medical care and pension industry It can be developed in an orderly and fast manner.

Innovation is still the key

In recent years, the compound growth rate of China's medical device industry has exceeded 20%, and the growth rate of the global medical industry is around 10%. It is estimated that the market size in 2015 will exceed 300 billion yuan. Especially in the context of China's medical device market, which only accounts for 14% of the total pharmaceutical market, the domestic medical equipment market has at least 5-6 times improvement.

In this context, on August 31, the Ministry of Industry and Information Technology and the National Health and Family Planning Commission jointly held a symposium on promoting the development and application of domestic medical equipment in Beijing and signed a cooperation agreement. At the meeting, Miao Wei, Minister of the Ministry of Industry and Information Technology, stressed that the medical equipment industry is a sunrise industry with capital-intensive technology, strong industrial relevance, strong driving force and broad development prospects. To promote the development of the domestic medical equipment industry, we must work hard from the innovation chain and the application chain.

Gao Zelong told reporters that with the improvement of economic level and health awareness, the aging of the population, the continuous upgrading of medical devices and the increasing investment in medical devices in China, China's medical device market will produce even greater in the next few years. Growth space. In the market competition, innovation and technology investment are particularly important.

Li Mingming, an analyst at Cai Da Securities, told the reporter of China Sankei Shimbun. "Li Mingming said that the national "Internet + grading diagnosis" model is accelerating. With the further tilt of the policy and the further improvement of "Internet + grading diagnosis and treatment", the grassroots The diagnosis and treatment mode of diagnosis and two-way referral will form, and the primary hospitals will usher in the peak of equipment replacement, and domestic medical equipment will develop rapidly."

Li Mingming said that although the overall development of China's medical device industry is relatively fast, most of them are small-scale enterprises with small scale. It is difficult to form effective competitiveness in the international market. In the global market, economic cooperation is deepening today, if enterprises If you can't grow bigger and stronger, it's hard to gain an advantage in the competition.

Deep integration with the Internet

According to the latest statistics, 300 large and medium-sized hospitals nationwide have established “mobile internet hospitals”, covering more than 1.2 million users and more than 2 million transactions. Practice has shown that using the mobile Internet to register and pay for medical treatment can shorten the time of medical treatment by half.

Gao Zelong said that Internet big data applications can effectively improve the efficiency of treatment and treatment in the medical industry, and will reduce misdiagnosis to a certain extent. Big data can also accumulate user's medical and medical consumption information, build a corresponding personal health record based on this, and regularly recommend healthy medicines to users to improve their health.

In terms of medical services, the pharmaceutical industry has accumulated a large number of complex customer group data in the process of drug service, such as daily sales data, doctor-patient communication data, and patient medical record data. Through the application of these data, hospitals and other medical service platforms can grasp the needs of consumers, establish positive interaction with consumers, and provide personalized smart medical services. In addition, with the release of prescription drugs, people can't help but worry that prescription drugs will be easily obtained, and through the monitoring of big data, it can realize the traceability of prescription drug online sales, which is convenient for the supervision of relevant state departments.

Li Mingming told reporters that in the rapid development of the mobile Internet today, we do not need to go to the hospital to queue up for medical treatment, but only need to operate on the mobile phone, providing patients with great convenience. Applications such as sports bracelets, sleep monitoring, and physical health monitoring also provide online doctors with more diagnostic information to reduce the likelihood of misdiagnosis.

In the future, patient treatment may not need to go out of the house, can be diagnosed through the network, the doctor gives the corresponding treatment plan and contact the relevant drugs or on-site service of the treatment instrument, the patient only needs to follow the advice given by the doctor, and can treat it well. If this step is realized, the entire industrial chain of China's medical industry will be more deeply integrated.

Scan the QR code to read on your phone 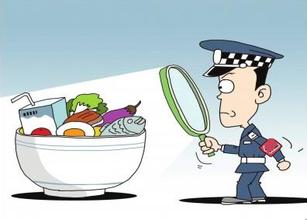 In order to further strengthen the supervision of the importation of imported medical devices after the listing, the State Food and Drug Administration recently organized an overseas inspection of the production quality management system for some overseas manufacturers of medical devices exported to China.
read more
2022-04-15 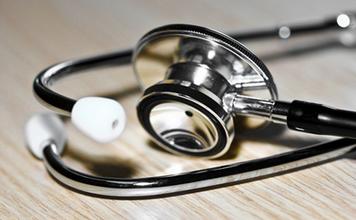 However, some experts said that if we want to enjoy this huge cake, we still need to go more. At this stage, there is still a big gap between the industrial chain integration of China's medical industry and other developed countries.
read more
2022-04-15 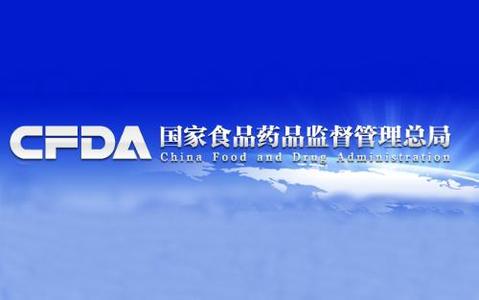 The quality of the medical device in use is critical to ensuring the safety and effectiveness of the device. The original "Medical Device Supervision and Management Regulations" implemented in 2000 regulate the use of medical devices
read more